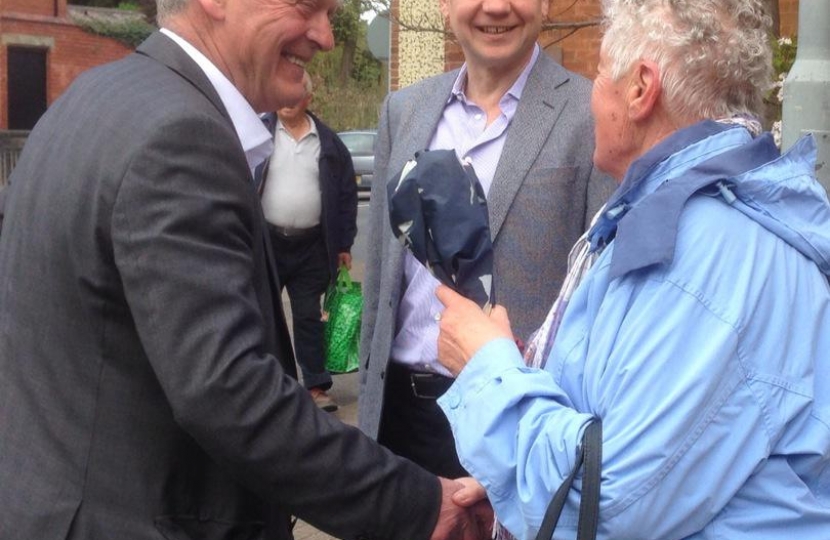 With just under two weeks until the General Election, William Hague joined former MP Glyn Davies on the campaign trail in Newtown, where he met with small business owners and local residents.

William, who along with his wife Ffion recently bought a house in Montgomeryshire, discussed business rates, help for smal employers and the importance of the rural economy. Following a visit to a number of local shops, Glyn and William stopped at the popular Evans's cafe on Broad Street, where they spoke with local wind farm campaigners and health campaigners.

Speaking after the visit, Glyn Davies said: "I was happy to be able to give William a tour of Newtown, which is a vitally important market town in Montgomeryshire. Earlier in the year he gave a very well-received speech in the Town Hall in Welshpool. Ffion's family are from the Machynlleth area and I'm sure whent they're fully moved in they'll spend some time getting to know our beautiful county.

"William told me that he's moved his vote here and he and Ffion have sent off their postal votes!"