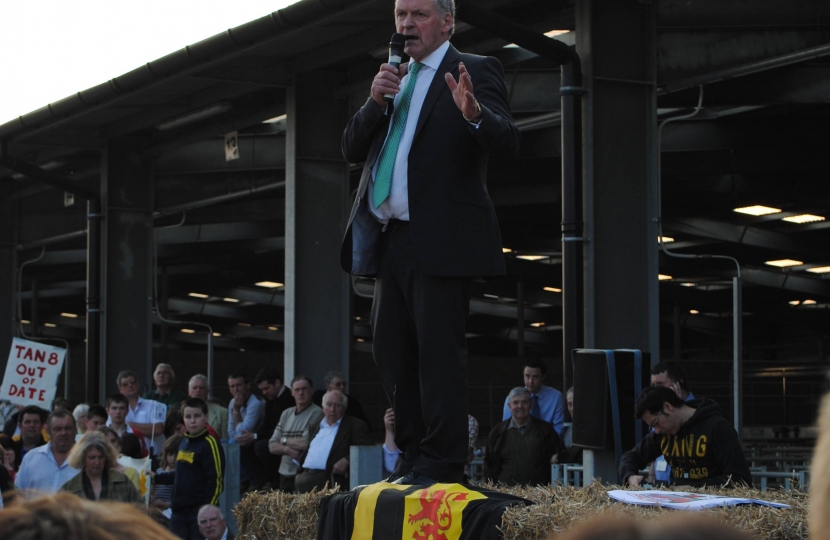 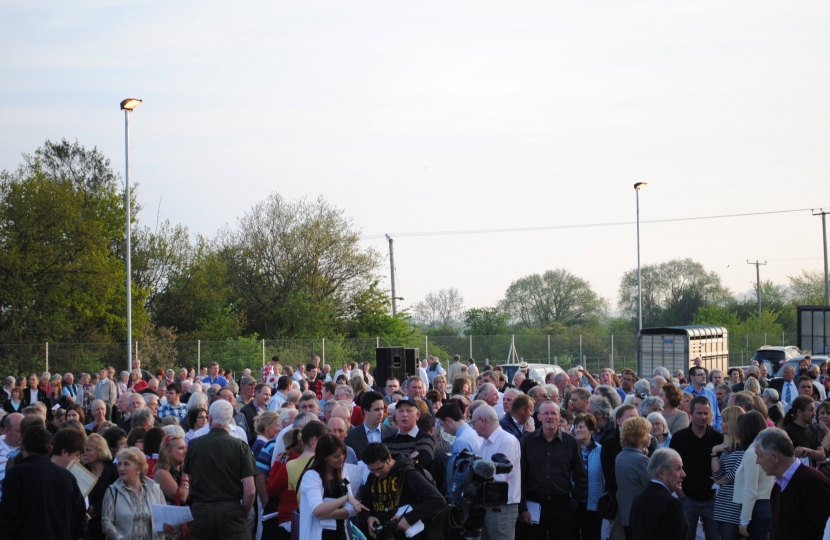 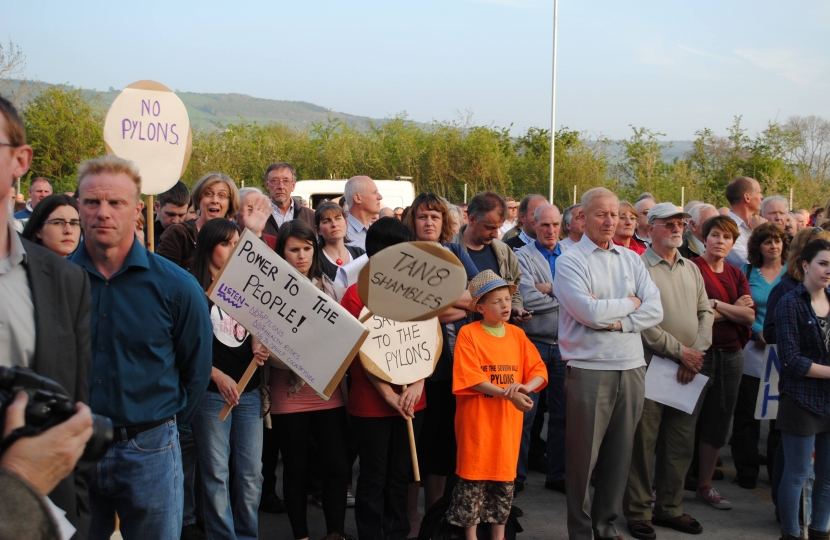 After a powerful and passionate speech from Mr Davies, a range of local people took to the stage to make their voices heard. Experts on the subject stood side by side with concerned residents and businesses in one of the largest shows of people power Montgomeryshire has ever seen.

"This is not a European directive," announced the Member of Parliament "And we cannot blame National Grid. They are simply carrying out the policy of the Welsh Assembly Government.

"We have been ignored by the government in Cardiff, and if they are going to mutilate our countryside then we must let them know that they will never be forgiven by the people of Montgomeryshire."

Mark Bebb, Director of Salop Leisure, emphasised the devastating effect that the scheme would have on tourism, one of Montgomeryshire's key industries. Mr Bebb also stressed the damage a pylon development would do to house prices in the area.

Glyn Davies MP intends to hold a rally outside the Assembly building in Cardiff after the election. Further details will be finalised nearer the time, and we encourage you to continue to check back to this website for more information.