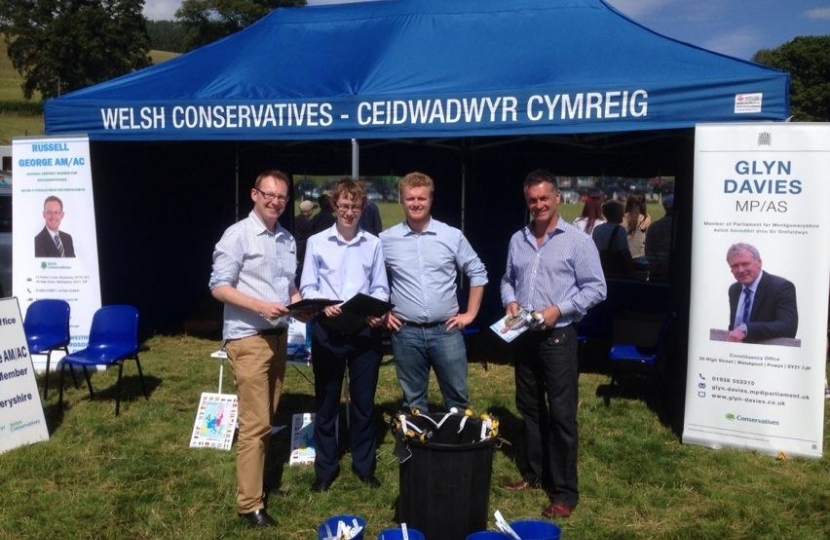 Montgomeryshire Conservatives received a warm welcome for their new marquee, which has been going up at shows across the constituency over the summer.

The marquee, which has been used by Glyn Davies MP and Russell George AM for casual advice surgeries, offered cold refreshments to show visitors as well as the opportunity to enter a prize raffle to win a meal for two at a popular Montgomeryshire restaurant. It was staffed by volunteers and supporters.

"It's really important for us to support local events, and in particular the agricultural shows which are such a big part of the summer season. We have had a very positive response and I am grateful to all of the communities for being so welcoming.

"We were lucky enough that the weather stayed fine for most of the shows but we were glad be able to offer shelter when the rain started!"

Russell George AM and Chairman Aled Davies with volunteers